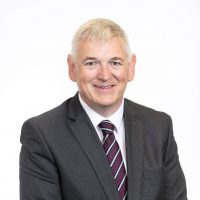 During my policing career I served in both uniform and detective roles in five UK police forces (including the Metropolitan Police). My police service in London included two significant periods with the Anti-Terrorist Branch at New Scotland Yard, where I specialised in the forensic examination of terrorist crime scenes. I later became a Senior Investigating Officer for cases of homicide and other serious crimes. As a Detective Superintendent I was the Director of Pubic Protection for Gwent Police, responsible for all aspects of safeguarding and child protection. As the Assistant Chief Constable for Gloucestershire I was Chair of the Multi-Agency Public Protection Arrangements (MAPPA), managing the risks posed by violent and sexual offenders living in the community.

My final policing role was eight years as the Chief Constable of Dorset Police. During my tenure my officers and staff delivered eight consecutive years of crime reduction while achieving national ‘best in class’ public satisfaction across all aspects of operational service delivery and the highest levels of public confidence of any police force in England & Wales. My force also achieved the prestigious Sunday Times Top 75 Companies Award and the acclaimed Investors in People Award. I also worked closely with government ministers to address a wide range of national challenges in relation to serious and organised crime.

I am an experienced school governor in both primary and upper schools, with over 10 years experience in those roles. The upper school of which I am a Governor has been awarded two consecutive ‘Outstanding’ gradings from Ofsted. I am  also a Director of a Multi-Academy Trust.

As Managing Director of My Concern I take particular responsibility for the company’s strategy and our external partner relationships.

In 2006 I was awarded HM The Queen’s Medal for Distinguished Police Service (QPM).